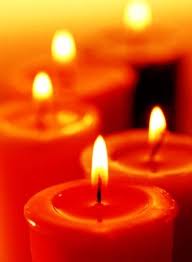 A beginner tennis player taught by Skip, Jeffrey, was bright and brave beyond his years. he was only 8 when his parents decided that it would be better for them to kill him during their own murder suicide than let him live with the knowledge that they had killed themselves.

Bob and Marcia McIntosh went through their home leaving yellow "post-it" notes indicating who should inherit toys and furniture including Jeffrey's tennis racket, which was left for Skip. . . would that they had just left one on Jeffrey - we know he would have been just fine. March 17, 2015 marked 18 years since his murder.  He would have been 26!

Skip & I thank the participants of this tournament who honor his memory by playing in his name.

Jeffrey may be gone. . . but he will never be forgotten.

Then Marcia climbed into bed with their sleeping 8-year-old son and Bob shot them both twice, killing them. Then he sat down and turned the gun on himself, police said Thursday.

Notes left in the couple's $350,000 home indicated that Monday's bloodbath was meticulously planned and motivated by McIntosh's financial difficulties and his battle with alcoholism.

''There was nothing to indicate that Marcia was anything but a willing participant in this tragedy,'' police spokeswoman Dena Peterson.

''She was holding rosary beads, and on the nightstand alongside the bed was a prayer card next to a family photograph,'' Peterson said.

McIntosh also wrote that he and his wife had tried to kill themselves and their only child, Jeffrey, two months earlier after a foreclosure began on one of their properties.

He had run a hose from the exhaust of a running car into their garage, but Jeffrey talked his parents out of it.  ''It was the most awful day of our lives,'' McIntosh wrote.  ''He missed school that day, the only day he has missed all year,'' McIntosh said of his son. ''He has never said a word about that day since.''

Marcia McIntosh, 49, also left a letter attempting to explain why they took their young son's life.

''This is not easy for me to write! I have been sick to my stomach for months, waking up and going to sleep with the thought of what was to happen on March 17!'' she wrote.

''There has been such a great love and dependency between Bob, Jeffrey and I, that Bob and I saw no way to leave Jeffrey behind as a financial burden upon another.

Bob McIntosh, 72, had been a success in Toronto real estate in the 1960s and in Florida in the 1970s. But police say he lost his wealth in recent years, becoming so despondent that he tried to slit his wrists in his office last year.