Now in its fifth year, The David Strage Memorial Super Series has raised $15,000 for brain tumor research. Named after David Strage, who died at 42 of an inoperable brain tumor, the tournament has educated participants about brain tumors through awareness off the court and sportsmanship on the court, holding fast to a zero tolerance policy for inappropriate behavior.

Over the years, 600 players, representing 18 countries, have competed in a tournament that brings out a generous and kind spirit in players that is not always visible at tennis' highest competitive level.

Because the tournament has a special focus, the gifts it provides its players are equally unique. These include an event shirt that lists famous people who have died of brain tumors, engraved participant medals, and dog tags.

During the tournament, about 35 individuals volunteer from the local community as well as from local high schools. In addition, younger children get involved by coordinating an annual bake sale and donating the proceeds to the event.

Thanks to this collaborative spirit, the David Strage Memorial Super Series is this year's well-deserved Bobby Curtis Junior Tournament of the Year honoree. 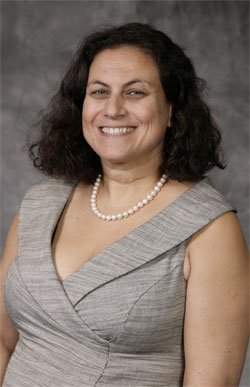 The Disappearing American College Tennis Player
Posted on February 1, 2008
I know this has been a hot topic for many years and I just wanted to give my opinion on the situation.

I have been a loyal fan of USA Tennis since the early '70s. I can still remember John McEnroe winning incredible Davis Cup matches and leading the United States to victory. We were on top of the tennis world and we just knew we were better than everybody else. Obviously since then things have changed, and the game has become more international.

The college tennis climate is different than it was back in the day as well. It used to be that you would have one foreign player on your roster, and the rest would be American players. Now to have an American or maybe two on your team is quite common. I don't think we can blame it on the coaches, after all they are hired to win and represent their school. I do not blame U.S. coaches and their training methods, we are a competitive tennis nation and always will be.

As a competitive junior coach, there is nothing more painful than training a player for years and seeing the look on their face when they realize they will not be playing college tennis. Many factors are contributing to this decline. I will outline a few that I think are relevant.

College coaches have a choice, they can take an 18-year-old American player fresh out of junior tennis and have to deal with he or she growing up, dealing with college life and freedom, as well as maybe not having a complete game for college tennis. On the other hand, the coach can bring in a 25-year-old international player who has already grown up, developed their game through international play, and is a much more mature person on and off the court. Advantage, international player!

Another way we lose American players is economic and changing times.

This last factor drives me crazy. I sat at my desk for 20 minutes deciding whether to bring this up or not. This burns me up, but I polled a few college coaches and this is what I found out. The general opinion among many coaches is that the international player works a little harder, and appreciates the opportunity more than the American player. So once again coaches have to make decisions based on what is best for the team. Advantage, international player!

And please understand there are amazing U.S. players out there having terrific college careers. I am addressing the player who is nationally or state ranked, who could develop, but never gets the chance. These players miss out on a great college sport and never get to feel the pride of winning for their school, being part of a team, and the lifelong friendships that develop.

I don't know what can be done to stop this process, or affect change, but I hope it happens soon.

So if you are wondering where the disappearing American college tennis player is? He or she is out there, they just don't have rackets in their hands.